Is a Destination Wedding Right for You?

Destination weddings in the Caribbean have become very fashionable over the years. Is it the right fit for you? Let’s have a look at some pros and cons. 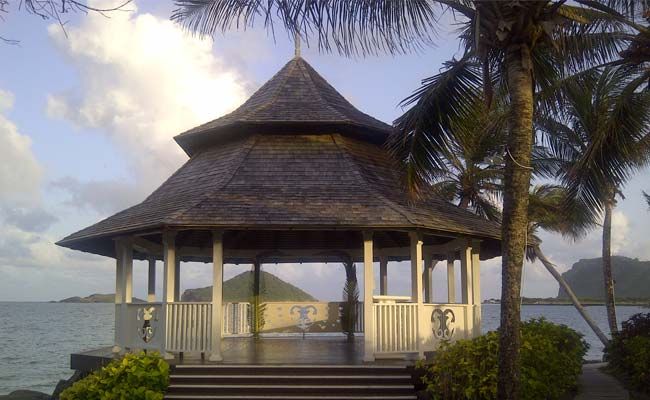 Some resorts, like Karisma (El Dorado and Azul resorts) in Riviera Maya and Jamaica, offer special prices and times for wedding couples to come down, view the property(ies) and attend presentations informing them about wedding options. AS these offers change, check with your agent for updated information. 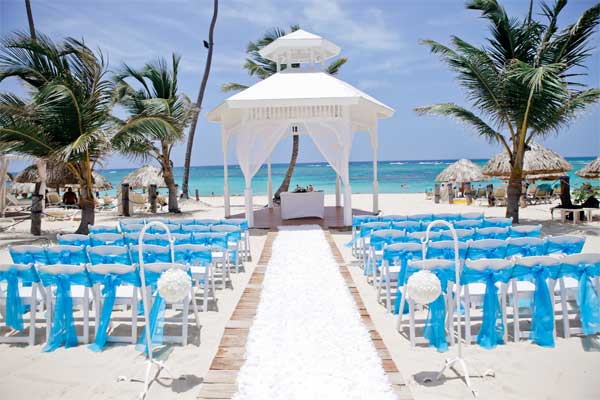 AlmonTravel has helped more than 130 couples from across Canada to achieve their dreams with a destination wedding in the Caribbean area. Call Danny at 1-855-902-4937 or [email protected] for more information.

The Land of Silk and Jade…
China, as a tourism destination, is being developed quickly with reasonably priced packages, even from the east coast of Canada. Although there are a variety of tour packages available, one of the most popular, offered by most major tour operators, includes either a start or finish in Beijing with a Yangtze river cruise included.

A flight from the East Coast should be planned for a stop in Vancouver for a break in a flight that totals about 16 1/2 hours from Halifax to Beijing. However, we stopped in Toronto and then took a nonstop flight to Beijing: about 14 1/2 hours in the air. I was surprised however, because the Air Canada flight offered quite a variety of movies — I don’t think I have ever watched as many movies in a row! But it made the time pass quite quickly.

I was familiar with several well-known European cruise companies that offer a China itinerary. However I discovered Chinapac and, because they were offering a phenomenal deal for the date that we travel (end of October to mid-November, which, by the way, turned out to be about the best time that one could pick to visit China), I investigated carefully and then booked our trip with them.

Our first days in Beijing, we stayed in a five-star hotel (the hotels in following cities could best be described as progressively even better than the first hotel we experienced!) In Beijing, we visited Tian An Men Square and the Forbidden City, learning many fascinating facts about both (did you know that the brick courtyards have 15 levels of bricks, crisscrossing each other so that no one could tunnel underground and attack from below?)

One day was devoted to a trip to the Great Wall which was a highlight to the entire trip! It was a surprising experience and I don’t envy the Chinese soldiers who would have had to patrol this wall during rain, snow or freezing temperatures as the steps are uneven and, because the wall contours the terrain, one has to be in pretty good shape to be able to walk any length of the wall! The watchtowers, placed about an arrow’s flight distance from one another made for a magnificent scene.

A day later, we boarded the five-star Yangtze cruise ship, chosen by Chinese public officials over any other cruise line, not only for its luxury, and its private balconies, but also for the fact that it had bulletproof windows (just recently removed) and doors!

For three days, we moved along the Yangtze River taking in such sites as the Three Gorges Dam, the three gorges themselves and a visit to Fengdu to see the ghost city.

We then spent two days in Xian, visiting the Old City Wall in the evening — quite a beautiful sight as it was all lit up, including similar guard stations to the Great Wall.

That night we took in one of about four high quality shows we had the opportunity to attend throughout the trip — this one called the Tang Dynasty dinner show. It was a superb, colorful musical, accompanied by a delectable dumpling dinner.

The next day, we visited the city of Suzhou, often compared to Venice for the number of canals that pass through the city. We enjoyed a “gondola” ride through a canal and viewed houses that were built 1000 years ago, bordering, and even hanging out over the canals! We had an opportunity to walk beside the canal, stopping in to a little shop to experience some home baked food and refreshment. It was a lovely experience.

The last three days were spent in Shanghai, where we visited a number of historic sites but were also given a fair bit of free time to shop and to do personal sightseeing.

The success of a tour such as this largely depends upon the tour guide who organizes everything: from meeting us at the airport when we arrive, to ensuring that all tours run properly, including bus transportation meeting us the minute we finished an excursion. I must say that we were pampered from start to finish by a young, well-educated and well- spoken Chinese lady, who made every effort to ensure that our trip could not be better. I was very impressed.

While shopping, I learned that bargaining was an important part of determining a price. At Xian, I was approached to purchase terra-cotta replicas from one of the many independent sellers that frequent the area. I had been told that I probably should buy the replicas from the museum itself: better quality and supporting the museum. However when I saw the quality of the replicas and the price that the museum was charging, I decided no, but instead allowed one of the outside sellers to approach me and bargained with him to get what seemed to be very similar quality replicas for about 1/20 of the museum price!

In both Shanghai and Beijing, there were areas that were devoted to selling “knockoffs”– as many as 100 stores in a shopping center that offered very low prices for items that looked identical to their real-name counterparts. A number of fellow travelers had a great time shopping.

In many of the stops that we made at different cities, we were taken on tours such as a silk factory, an embroidery factory, a ceramic factory, amongst others. There was an opportunity to purchase right from the factory at excellent prices and have them shipped back home. Several of our fellow travelers took advantage of this.

As far as meals were concerned, with the exception of included breakfast each day, which usually offered a variety of breakfast menus, from North American fare to various Asian breakfast options, all the meals were Chinese food which I always enjoyed… but at times I longed for a North American-style steak!

Our trip back to Canada was delayed slightly by a visit to Ho Chi Min city where our son was teaching English – he arranged our stay at a boarding house room which allowed us to experience the “real life” of Vietnamese citizens.

Our trip back home was uneventful, though jet lag took its toll over the next week or so.